it was coincidental that i took this picture of the boy in peaceful sleep last nite. this morning he woke up giggling to himself. when i asked him what was so funny, he said he'll tell me a joke. i thought he was going to relate one of those events that only he found amusing but i relented nevertheless.

he asked, why did the banana go to hospital? when i said because it was sick, he corrected me - because it wasn't peeling well - & continued giggling to himself.

a-ha, he has a sense of humour after all! later, he revealed that he heard it from noddy on tv - i hope it's the 1st of many to come.

A cheerful heart is good medicine, but a crushed spirit dries up the bones. prov 17:22
Posted by doc at 12:53 PM 4 comments: 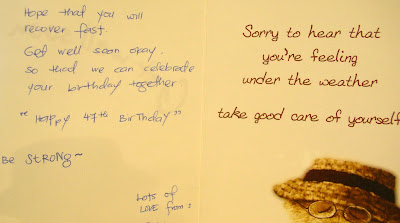 asthma is a disease of the small airways that channel the air we breathe into the lungs. during an attack, the airways become smaller & increase the resistance to breathing. in the most severe form, the airways become so small that little or no air passes through, thereby limiting the amount of oxygen to the body.

this lady has had asthma for many years. last year she was admitted to the ICU with asthma so severe, she collapsed & had to be hooked up to a ventilator to assist breathing. she recovered completely after 2 days of treatment & was advised to take her regular medications - it was her reluctance that resulted in the attack in the 1st place.

she came back again last week. she had been unwell for several hours & then collapsed in a car driven by a colleague. it was some time before she reached hospital. the asthmatic attack was controlled within the hour but the delay during the journey to the emergency department had resulted in a lack of oxygen to the brain, resulting in irreversible injury.

she has been in ICU for a week & hasn't woken up yet. a brain scan will confirm the damage & in all likelihood, she will be vegetative. the costs, not just financial, will be enormous - her children will lose a doting mother & her students will lose an excellent teacher.

what if..... she had religiously taken her medication, like the doctor ordered?
what if.....she had immediately come to hospital at the 1st sign of trouble?
what if....?
Posted by doc at 12:35 AM 8 comments:

bible trivia : who was the greatest comedian of the old testament?
answer : samson, because he brought the house down.

we were studying the book of Judges for CG tonite & i thought that was funny. however, what the other Joker accomplished this evening was not so hilarious for the legion of teenage-girl tennis fans.... 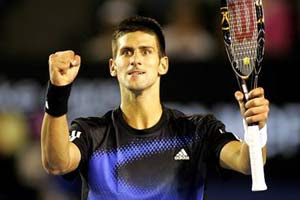 ....he knocked top-seed Roger Federer out of the Australian Open.

some schools are having saturday classes to make up for the extended Chinese New Year break. presumably that's where this 14-yr-old girl in school uniform was heading. riding pillion, she was knocked down & sustained a serious head injury - a blood clot within the skull, called an extradural haematoma (white & lens-shaped on the right of the brain scan above).

without surgery she will succumb with severe brain damage. for some fortuitous reason, the family decided to send her straight to a private hospital about 45 mins away by road, instead of the local district hospital. a brain scan was done to confirm the diagnosis & surgery commenced within the hour to evacuate the clot. she is now recovering well in the ICU.

not many students have the luxury of being driven to school by their parents or drivers. i myself went by the omnipresent bas sekolah. do these fortunate ones ever pause for a moment to appreciate the good hand that Fate has dealt them?

i pray for those whose daily journey to school are affected by the harsh weather & are fraught with danger while on the road.

may the Good Lord watch over them always. amen.
Posted by doc at 11:54 PM 8 comments: 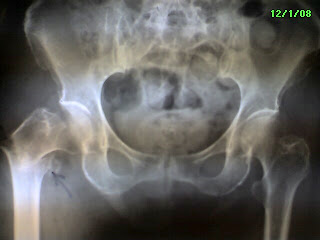 the expected life span of an indonesian woman is 72.7 years, compared to 76.7 years for her malaysian counterpart. (source).

so when this lady came all the way from indonesia to have surgery done on a broken hip (or more correctly called fracture of the neck of femur).... 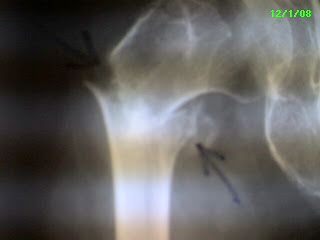 ....sustained from a recent fall, she could be considered fortunate on at least 2 counts.

1st, at age 94, she has exceeded her expected lifespan by an incredible 21 years & still enjoying an active & independent life (which resulted in the fall in the 1st place) & 2nd, her family could afford her good private medical care not readily available back home.

she was operated upon last week & a hip screw was successfully inserted to bridge the fracture. 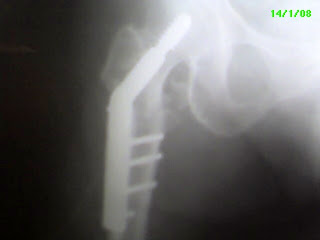 after resting a few days, she would be able to move around with a walking aid/frame for a few weeks & will resume her normal life within 2 mths. (read here)

the elderly are more likely to sustain this injury, said to be related osteoporosis ("bone loss") due to the reduction in female hormones in the post-menopausal age, & in male hormones in elderly men, although men seemed to be less affected than women. (read here and here.)

isn't it ironic that this lady has to seek appropriate treatment her own country could not accord her, while her ailing 86yr-old fall-from-grace ex-president, in all likelihood, is currently receiving the best available medical care, not to mention wide media attention.

even more ironic is the reality that she would most likely outlive him.
Posted by doc at 11:58 PM 5 comments:

it was LC's birthday yesterday. so at the end of our usual friday nite care-group (aka cell-group), instead of the customary cake, we decided commemorate the occasion with something ...er.....small & different. the candle was still there to be blown but he had a gold coin (well, actually a chocolate coin) instead.

as gold was one of the gifts the Wise Men brought for baby Jesus, we hope he will continue to dedicate his life to the Lord. it would be an added bonus if he made lots of money, too.

after all, what would you give an accountant who has (almost) everything?
Posted by doc at 10:45 PM 6 comments: 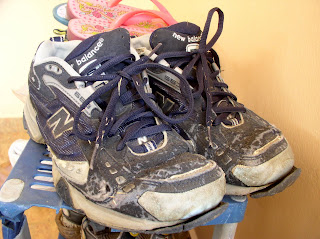 my trainers finally gave way. holes have formed for some months already & still i trudged on but when 1 sole & then the other started peeling off.... 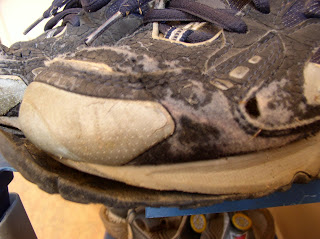 .....i knew the end was nigh. after all, it has served me reliably for over 4 years - up & down penang hill & round the jogging track umpteen times. i remembered it was bought in s'pore for SGD49.90 (i've convinced myself that NO trainers are worth more than SGD50 or MYR120) & i have to say i really maxed out this pair!!

already bought a replacement pair when i was in s'pore last month. my daughter said they look gaudy & she wouldn't be caught wearing them. 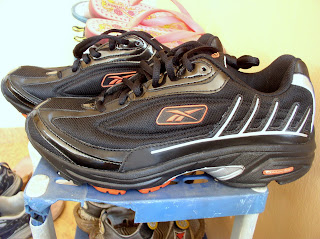 never mind if it's black & orange - after all, the colours remind me of my favourite star wars villian -

but can you get another at this price??

kids, what do they know about going the full distance on a shoestring??
Posted by doc at 5:08 PM 3 comments:

ending the year in a flurry

saturday evening:
invited the church administrator out for dinner. she's resigned after 10 years on the job, & she did put in a sterling effort at it, to join the corporate world, though i suspect not by her own free will. no matter, i thought a small gesture of appreciation like a meal together with the family was in order.

sunday morning:
the message was given by a founding member of the church, back in town to help out through a difficult period. it's not often that the english & chinese language pastors & church administrator resign in the same year.

i felt that it was a hard-hitting message : to harvest in a time of famine. yes, we need to re-examine ourselves if we have strayed from the true purpose of the Lord.

sunday evening:
final outing before school reopened was at A'Famosa near alor gajah. it was carnival nite & there were easily 300 people, mostly visitors who had come by tour buses.

it was a commendable effort to put up a carnival parade ala disneyland.... 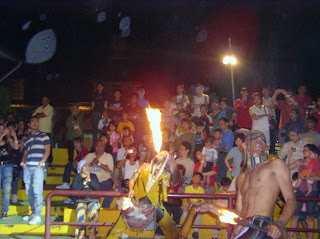 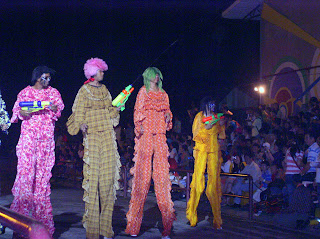 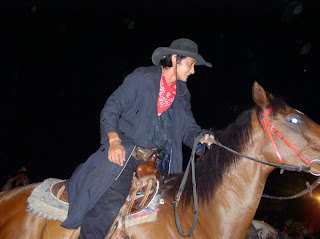 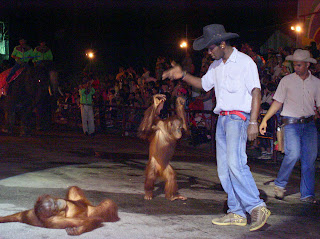 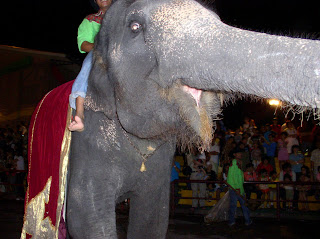 new year's eve:
i had an unfinished task - finally sorted out that young girl who had the anaphylactic reaction last week. surgery was uneventful & completed successfully by 8pm. the family had joined others for a celebration dinner at a hotel. did the boy enjoy the occasion? 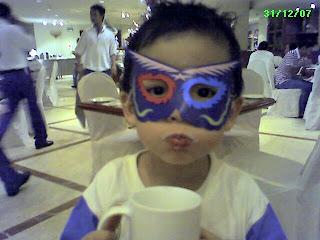 oh yes, my favourite team are top of the table....yayy! 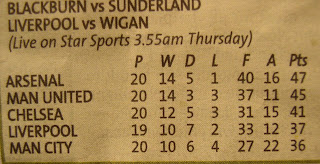 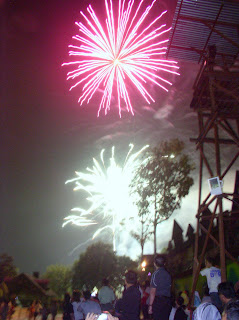 PS. of all the new year smses received, i like this one most.