i think it's more common than we are told about exam paper leaks. most probably occur at school level & are overlooked or deemed insignificant to be reported.

but when it is headline news on TV or print media, you know the leak is serious & extensive. it's unfortunate that my son is affected in this year's UPSR exams.

if this can happen at a primary school exit exam, is it not unreasonable that this security breach could also be happening at secondary school or even university exams?

i remembered it happened at the MCE (predecessor of today's SPM) BM paper in the mid-70s. the leak was discovered AFTER the students have sat for the paper & the replacement paper was arranged to be held after the last paper of that exam. i can imagine the frustration of the students at that time because a similar incident happened to me years later.

when i was sitting for 1st year exams in varsity, one of the lab exams was leaked & that paper had to be retaken the following day. i didn't sit for that paper but that's another story for another day.

coming back to this UPSR fiasco, it was honourable of the 2nd education minister to apologise to students & parents but no amount of apologies is going to alleviate their angst.....

except when they catch the culprit(s) & prosecute with a deterrent sentence......

and in a different country, the education minister would have tendered his resignation.
Posted by doc at 12:07 AM 5 comments: 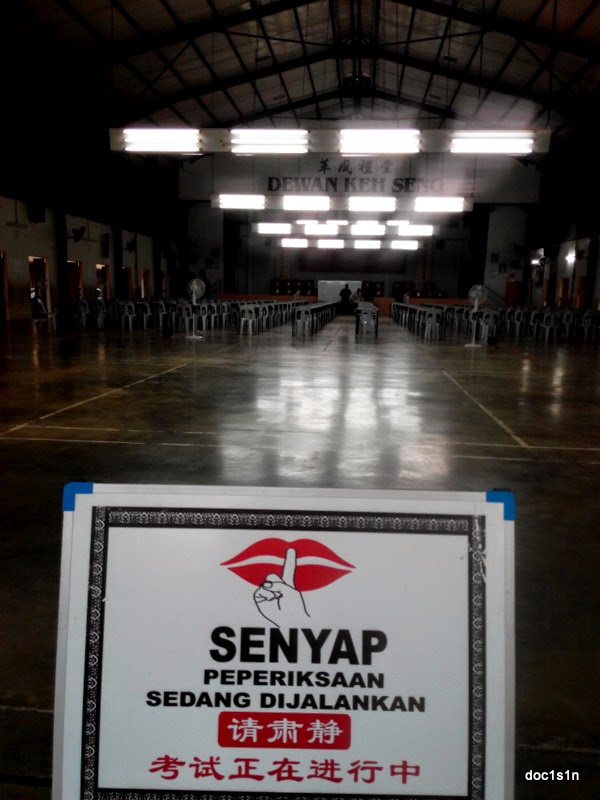 the exam season is upon us & along with it, comes its baggage of burning of midnite oil & of candles at both ends, sleep deprivation, last minute revision & extra tuition classes, amongst other labour-intensive tasks.

and the age-old tradition rears its ugly head....that the parents sit thru the exams as much as the students.
Posted by doc at 8:26 AM No comments: