was i just plain mean?


i enjoy talking to medical reps. they are generally nice people - they have to be if they want to sell stuff.

i tried selling things when i was in school to earn some pocket money but wasn't good at it. i realised it takes a certain personality & lots of dogged perseverance to make a success of of it, so i often give these med reps some time to promote their stuff. some are interesting to talk to, some are time-wasters while a small minority are just plain eye-candies.

so, i was a bit busy yesterday (manic monday??) when this rep came around. because i had things to settle, it was about 10 mins before i could see her. i imagine some have to wait for hours at the clinics. when i went out to the reception area, she was nowhere to be found. not a word nor an sms to tell me where she was.

i then went back to doing things but not before sending an sms to her to express my displeasure at the disappearance. she replied asking if she could wait for me then, but i told her i'm not seeing her. period.

i did feel little bad after that. it's days like this one makes me mull & ruminate & reflect on myself.

yeah, i'd like to blame it on manic Monday but that excuse is as water-tied as the sinking titanic.

i was just plain mean, wasn't i?

a non-descript year but a great one to be born in.

because if you follow the malaysian school system, you'd be sitting for the SPM in 2011. and because the govt was dragging its feet on GE13, it made a few promises to students who do well in the exams. it also introduced the "bursary" which i initially thought was just an allowance to help part-pay tuition fees at private colleges.

as it turned out, it was a windfall beyond anyone's wildest & optimistic imagination. this bursary covered all tuition fees & accommodation for students doing A-levels at private  colleges. for those who entered the matriculation programs & excelled, it also covered tuition fees when they entered varsity.

i know this because 3 of my daughter's sec school classmates are now eagerly waiting to do medicine at newcastle university medicine malaysia in sept, fully paid for by courtesy of the govt's election promise.

before anyone thinks this a freebie, let me also emphasise that there's a minimum 8A* requirement for SPM as well as acceptance into the chosen university for this bursary to be awarded.

looking forward, if GE14 is held around 2018, i would imagine those born in 1999/2000 may be  in line for some substantial academic rewards.

but only if there is any money left.

the worried father asked me if Dr S is a good doctor as his daughter was about to undergo surgery. as far as I know, there are no bad doctors, only irresponsible or unethical ones.

so, i told him that his daughter would be fine. (note: i didn't reply directly to his query) somehow, i could see that he wasn't convinced because he could sense that i myself didn't sound very convincing.

the words may mean one thing but the body language said otherwise.

i definitely can't play poker to save my life but in this case, the "gamble" paid off as the surgery was a success.
Posted by doc at 12:24 AM 3 comments:


how else to explain this?

another sms from the daughter....

me : isn't the passport with you? (how did you leave the country without it...duhh!)

she : oh yeah, what was i thinking?

me : not about your studies, i would think!!!

DIL is the acronym for Dangerously Ill List & relatives of critically ill patients are asked to acknowledge this in writing.

it's also applied to young people caught up in throes of teenage emotions where it stands for....

life as an electric current


i was amused when my daughter sent me this sms recently.... 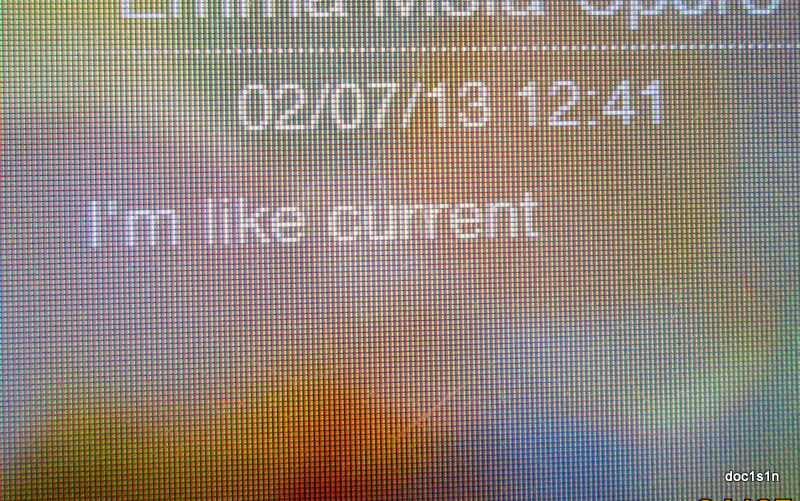 she : because i take the path of least resistance.

she : because i'm so indecisive.

i just love it when she talks physics with me......except that it's not her favourite subject.