where your treasure is

i read with sadness about the woman who mourned over, amongst other things damaged by the recent floods, a table (today's Star ), & with good reasons, too.


it was on this table that her 7 children did their homework, where provisions were kept & most importantly, where the family had their meals. isn't it intriguing that of all her possessions, this humble table meant the most to her?

different people treasure different things - family heirlooms, antique furniture, classic cars, mp3 players & even pet cats have all, at one time or other, been objects of adoration. for my daughter, it's her "security blanket". she's had it all her life, literally. she was swathed in it the day she came home from hospital & while other blankets have come & gone, tattered & discarded, this one has stood the test of time, again literally. 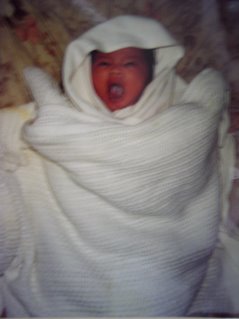 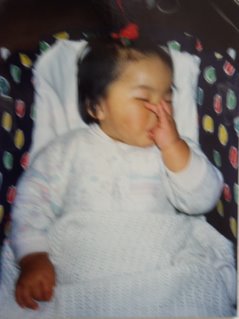 i have a few prized possessions myself. the monopoly game mum bought me when i was in primary 6 has remained with me till now, although it has seen better days since my son started playing (& messing) with it.

the original red & blue dice are missing & the play-money looked like they should be returned to the bank of england. still, it's playable.

i still use this 20-year-old shirt to work, although it's a little (just a little!) tight at the arm-pits.


my then girlfriend (now wife) bought it as a birthday gift when she was working in s'pore. it was obviously manufactured using good material & under stringent quality control.

it is sort of a "lucky" shirt for me because i had worn it for all my post-grad exams.

because many things mean a lot to us, we are sometimes overly pre-occupied with them, like the new car, the breast implants, the well-paying job, etc. to the point that it may become an obssession. i have been accused (& rightly so!) of hurrying home from saturday shopping just to catch the live EPL match. after all, it is true that :

"for where your treasure is, there your heart will be also." luke 12:34in the event that some are amassing, & yet burdened by the load of untold possessions & wealth, we have also been wisely counselled :

"but store up for yourselves treasure in heaven, where moth & rust do not destroy, & where thieves do not break in & steal." matt 6:20
may we all embark on the right path to eternal happiness.

living next door to porky

that was smokie's hit song the year i finished 6th form. our class had 1 final get-together right after the HSC exams (now called STPM) - a day trip to desaru/kota tinggi waterfalls, thus ending a year & a half of comradeship & camaraderie. we had started out cautiously as a rag-tag group, picked from 6-8 different secondary schools in the district, & as we all shared the same route towards pre-university education, friendships were forged, strangers became buddies & we all became one. those were 2 of the best years of my life.

1 girl stood out in that group. she was affectionately called porky because she was very thin (i kid you not). however, she made up for her lack in girth with a friendly disposition & lively spirit, & that endeared her to me....er....i mean, to our class. she eventually went to study at the univ of canterbury, NZ, then came back to work, got married & migrated to NZ. we met again with some of the gang once during chinese new year & it was a most enjoyable 1-night-stand. 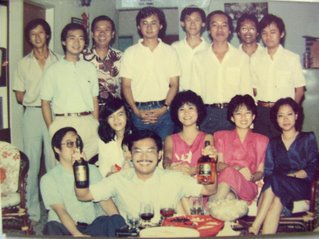 the reason for this bout of nostalgia is the orbituary in last week's papers of someone i had known from primary school. i called my friend K & she confirmed that our ex-schoolmate had indeed passed on. that prompted me to suggest that we (meaning she) should organise a 6th form class reunion, because we never officially had one since we went on separate ways. i'm glad she agreed - i must have sounded convincing when i reminded her of her sterling effort, as president, in a hugely successful rotaract club fundraiser decades ago. our reunion is tentatively planned for end of this year. so, watch this space!

yeah, for 1 & 1/2 years, i've been classmates with porky & i've never told her how i secretly felt. but i think she somehow knew.

we are all familiar with this nursing icon.

born in 1820 into a well-to-do english family in (surprise, surprise.) florence, italy, she went against her parents wishes for her to take the expected role for a woman of her status, ie. marry & become an obedient wife. her decision to take up nursing, a career with poor reputation (has this perception changed 2 centuries on?), caused untold distress to her family, esp her mother. however, her subsequent contribution to the nursing care of wounded allied soldiers in the crimean war (england, france & turkey vs russia) is legendary & appropriately led her to be honoured "the lady with the lamp". so much so that nurses these days have been called nightingales.

my mother was an assistant nurse (a rank below a staff nurse) with the government clinic (school health section). she worked office hours except when there were epidemics (eg. cholera & typhoid in the late 60s), then she had to do shifts to provide vaccinations round-the-clock at the causeway. as was her forte, she took care of the family's health. she sponged me when i had high fever, cooked porridge when i had poor appetite & dressed my wound with gauze & flavine when i was injured (this was before the advent of band-aid) . she single-handedly put me through varsity before she retired, & for the last few years, she's been a full-time care-giver to my father who has taken ill.

so, how do our modern-day nightingales match up?

in my line of work, i cannot but deal with nurses, from the students to the trained & near-retired; i've enjoyed working with them, treating them as members of the healing team. but i really just can't help noticing that the quality of student nurses recruited for training has nose-dived over the years that i've been a medic. in each batch, most are average with the occasional outstanding one but, by & large, the rest are just.....clueless. & clueless student nurses eventually become clueless nurses.

this situation cannot be good for health, pun intended. i saw an advert for a nursing diploma placed by a private institution(which is accredited by the national accreditation board, no less!) & was startled that the minimum qualification was credits in BM, maths & science, & just a pass in english. to me, that means in this era of online (english-language) medical/nursing journals, multi-slice 3D CT scans & robotic surgery, you could very well have gone through arts stream with just a smattering of english, & voila! you could theoretically be nursing a critically-ill patient with a few drug-eluting stents implanted under full anti-coagulation.

i encountered a nurse the other day, supposedly trained in intensive care, who is not able to explain the various ventilatory modes of a mechanical ventilator. would you like to be the patient with severe pneumonia (lung infection) with a tube inserted into your wind pipe, tethering between life & death, & this is the nurse rostered to look after you? incidentally, this nurse is a foreigner, recruited as a temporary measure to fill in the vacancies left by our own nurses who have gone to the middle-east in search of greener pastures (oases??). i mean, RM9000 a mth tax-free plus accomodation & airfare vs RM1500 is a no-brainer, right?

(what's the quality of our foreign nurses? this quandary is no different from the domestic maid situation. how often have we lamented about the problems perpetuated by these foreign maids? if we pay them RM450 a mth & our neighbour offers SGD600, in whose kitchen would they, esp the good ones, rather cook? anyway, i digress.)

so what we have is a nursing shortage partly caused by an exodus to the middle-east (& elsewhere), & in order to attract school leavers to join the profession, private institutions have sprung up, offering diplomas & requiring only mediocre exam results. so, as for medical courses, in our hurry to fill in the missing numbers, have we compromised on the quality of students? the health minister gave a hint of this here & here. & what about the lecturers & clinical instructors at these institutions - are there enough full-time, qualified teachers to propagate the art of caring & healing? so many variables, so much uncertainty.

which reminds me of what yoda said of anakin in episode 1 : clouded, his future i see.

1st blog for the year

there are 3 new experiences in my life today....

blogwise, i got tagged for the 1st time, by just me.
so, here are 5 things you don't know (& probably don't want to) about me :

1) i'm not a natural writer/blogger. i can't blog intuitively or spontaneously, will mull over days/weeks to think of something to write & will labour 3-4 days to complete it. goes without saying that i don't enjoy writing essays in exams.

2) i would like to bungee-jump but haven't because i'm scared & shouldn't because it's in my PA policy's exclusion clause. i try to put on a brave face when i tell people that my family needs me too much!

3) my life runs in circles. when i was young, i wanted to be a doctor, then an accountant, teacher, bus conductor, professional footballer, mechanic & engineer. now that i'm a medic, i wonder if i could have been as good as david beckham - make USD50m a year & have a pop-star wife.

4) my favourite music piece is pachebel's canon in D maj. i have burned into a CD no less than 14 variations, including the electric guitar & trumpet versions. my favourite is still the piano & i made sure my daughter could play it from memory.

5) the 1st novel i ever read was jeffrey archer's kane & abel, prompted by the made-for-tv miniseries starring peter strauss & sam neill. the disgraced ex-MP (& ex-convict) has remained my favourite author.

internetwise, i finally got connected to streamyx, yay! data transfer may be fast but it took a whole 2 wks from application to getting the DSL signals - ok, there was the new year weekend, but TWO WEEKS?? oh, this non-IT-savvy nerd also learned a few new terms as well, like router, wireless modem, SSID & encryption key.

& finally, churchwise, my daughter will be singing for the 1st time as back-up for worship today. i'd like to think that i led by example, although i've now moved on to teaching sunday school. may she sing from the heart, & not just from the song sheets.

"fathers, do not exasperate your children; instead, bring them up in the training & instruction of the Lord." eph 6:4
Posted by doc at 12:42 AM 12 comments: