it was a tragedy that the Air Asia exec was knocked down by a car driven by a Good Samaritan trying to help save her from robbers. if only she had been a little further from where she was, the robbers may have been seriously injured instaed.

same with this guy. he was eagerly awaiting the for fireworks as the countdown to Merdeka began. however, instead of shooting off skywards, the fireworks went straight towards his direction instead.
he suffered some minor burns & cuts on his face close to his right eye. his vision was fortunately not affected.

if only he had stood a few feet away in a different position, he may have avoided injury altogether.

sometimes, our own negligence causes accidents to ourselves or to others. at other times, we have no control over things that happen to us.

patients can make or destroy you.


if you have treated a patient well, he/she may tell his/her circle of friends & thereby improve your referral rate.

conversely, the patient may also speak badly about you & the reverse occurs.

this actually happened & could have been a back-fire....

patient (speaking aloud) : doctor, doctor! you remember you operated on my mother 3 years ago? she died la!

(later, the said patient went on to clarify that the operation was successful but her mother eventually died of old age)

fortunately, the conversation did not take place in a crowded clinic room or else the doctor's reputation would have been tarnished, though of no fault of the doctor.


many, myself included, believed that the best milk are produced in new zealand. maybe it's true, maybe it's just persuasive advertising, but trusted names like fernleaf, anchor & danone have strong following worldwide.

suddenly, in the wake of the botulism scare, china, the largest importer of new zealand milk, has ordered a recall of the latter's milk products. in 2008, tragedy struck china's milk industry when tainted milk killed 6 infants & made many more sick.

botulinum toxin, produced by the bacteria Clostridium, poisons the nerves, causes paralysis & can be fatal. the irony is that doctors are injecting people with this toxin (even the label on the bottle said so)...... 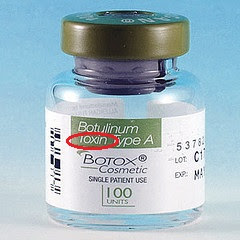 ......though in small, controlled doses, so that the recipients may loose their wrinkles, frowns lines & crow feet.
medicine, like most things in life, dictates that too much of a thing can't be that good, eg. sugar, salt, cholesterol. the other classical example is vaccines. these are watered-down versions of the actual viruses, that in their original forms, causes diseases like polio, measles & tetanus.
so, if you're thinking of having botox, just imagine that you're getting a toxin injected into you & that's just to look good.
is it really worth it?
But the fruit of the Spirit is ............ temperance: against such there is no law. (gal 5:22, KJV)
Posted by doc at 11:36 AM 6 comments: